Queens and Varroa Control - We have an open window NOW

Queens and Varroa Control - We have an open window NOW

The window is open for about the next three to five weeks to complete two key tasks in your hives. After that, then it starts to close. So, if you’re procrastinating or tired from a busy season, or in holiday mode you may need to do something about it and quickly! Your whole season becomes more straightforward and missing the window will make everything that much more complex.

I’m primarily writing about the two jobs that need – nay MUST – be done: 1. Requeening, and 2. Getting varroa control into your colonies.

If you’ve already done both of these things in the last few weeks, well done, you’re on to it. Your colonies going into winter will be stronger and your coming losses fewer. The reverse will be true if you don’t make use of the window.

There will be less drones around by March to mate with your virgins. Your existing queens will have started to slow their laying so your colony bee numbers will start to decline. Whereas a younger queen will have a burst of laying after mating. On top of this, varroa numbers roughly double every month so you’ll have fewer bees and many more varroa. That adds up to higher losses if you delay. Requeening and varroa treatment done when you have stronger bee numbers mean you’ll also be wintering stronger colonies. As long as the colonies have adequate food, you will have more colonies getting through winter. 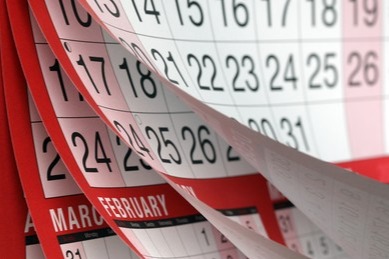 Beekeepers have a short window in which to act on varroa control and requeening of hives, and that time is now, says consultant Andrew Stratford.

With younger queens you’ll have stronger colonies along with similar levels of bees and brood in the spring, meaning less work struggling to get them up to standard or evening hives out. It also means less swarming in a good year as young queens produce more pheromone and the colonies are less inclined to produce swarm cells, even when there’s a bit of congestion. This all adds up to easier beekeeping. Smart beekeepers are organised (and have a plan).

It pays to be organised … What happens if some of our Beekeeping Suppliers aren’t able to supply treatment because staff go down with Covid or Couriers can’t deliver? You probably don’t want to be in that situation. And have you got the funds put aside to pay for the treatment?

The price of missing the window will no doubt show itself later for those that don’t make it. Failing queens, higher colony losses, smaller colonies that struggle in spring, less hives available for pollination. There will be excuses, but really getting queen and varroa management right will be a key reason.

So, it’s up to you. Have you got a plan? Can you delay some other work to make use of the window? Buy your cells and treatment now instead of later. Good luck!

Andrew Stratford is an apiculture consultant with 30 years beekeeping experience, including as a current business owner. He forms part of MyApiary’s management advisory team.

See the original article at: https://www.apiaristsadvocate.com/post/queens-and-varroa-control-we-have-an-open-window-now